Thirty-nine volunteers participated in the study, described in a paper published in Nutrients. The participants were administered capsules containing either 200 mg of Alpha GPC or a placebo (cellulose). The results of the study suggest that Alpha GPC treatment could increase motivation during the treatment period.

The participants completed a KOKORO scale test to quantify self-reported emotional states before and during the treatment. The KOKORO scale (KOKORO means mind in Japanese) uses a four-quadrant diagram with measures of mood such as security, anxiety, excitement, or irritability. In this study, the x-axis and y-axis of the KOKORO scale were set to “Anxiety-Relief” and “Lethargy-Motivation.”

The participants were instructed to input their feelings into the four-quadrant diagram using a smartphone app. They did this three times a day for two weeks preceding treatment. And then they continued doing this for another two weeks while self-administering treatment.

Previous clinical studies indicate that the oral administration of Alpha GPC doesn’t lead to serious side effects or toxicities in human patients. This is confirmed by the results of this study. The findings suggest that the risk of toxicity in administering Alpha GPC for 2 weeks is extremely low. The administration of Alpha GPC did not lead to side effects or addictions during the 2 weeks of intervention and for at least 12 months after taking the supplement.

The placebo had no effect on motivation, whereas the Alpha GPC group showed an increasing trend in motivation during the intervention period. In particular, the self-reported motivation levels significantly improved at night.

Thrivous develops Alpha Neuroprotector to enhance brain and nerve function for better aging. Each serving of Alpha provides a clinical dose of Alpha GPC, along with complementary nutrients. As indicated by the results of this clinical study, Alpha Neuroprotector may also increase dopamine levels and enhance motivation. Get your Alpha from the Thrivous online store now. 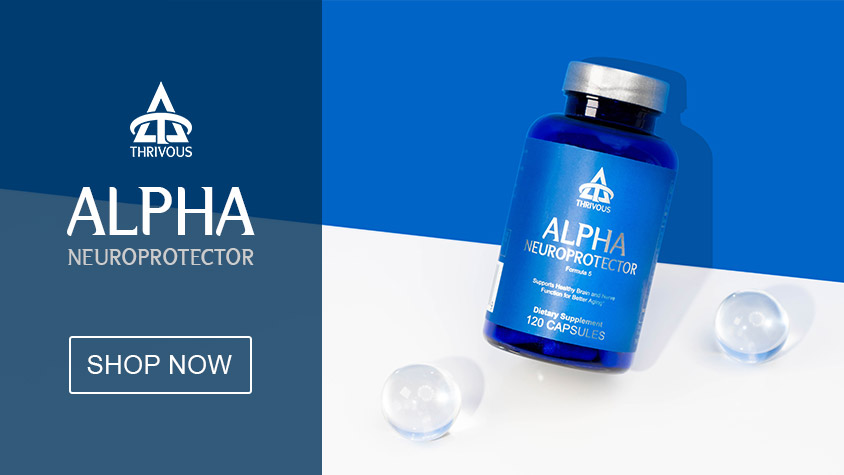